Cybersecurity has become a top priority for businesses adapting to remote working. What is becoming clear is that the threats to companies from data breaches caused by hacking has become a major headache for company bosses. A recent BT Security survey of over 7,000 business leaders, employees and consumers from around the world found some startling findings - 84% of business leaders admitted that their organisation had experienced data loss or another security incident in the past two years; less than half of respondents had received training on data security and only one in three were fully aware of their organisations' policies and procedures for protecting data. 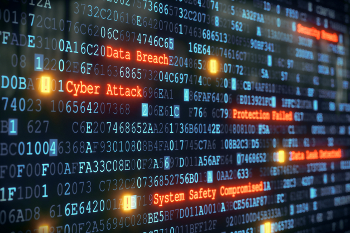 Now that the PPI Claims bonanza has ended, many of the claim companies and law firms involved in claiming PPI for clients are retraining as they see the next big opportunity is to claim GDPR compensation from companies. If you google ‘GDPR compensation No Win no Fee’ you will find more and more claim firms are popping up, looking for claimants. The media are increasingly reporting GDPR data breaches and the eye watering fines – you may recall British Airways were recently fined £20m for data breaches.

Ideally every company should be preparing a GDPR Compensation claims pot in case of being sued but the reality is that the vast majority don’t and so that protection fund instead ends up expanding the declared gross profits, resulting in more Corporation tax being paid.

We at BSA Buying Group are working with a team led by the former head of data privacy at 3 major banks, who have also advised clients such as Dell, Volvo and Hilton Hotels. They specialise in GDPR Tax Credits and have developed algorithms to calculate the level and value of GDPR claims risk specific to an individual company. Typically, once they understand what a client does to acquire, hold and use data they can put a £ value on that risk; as a result of this they can reclaim up to 2 years Corporation Tax from HMRC for our clients. As of the start of 2021 they had put through over 30 cases and HMRC have approved the full claim in every single case.

The reason why we’ve teamed up with these GDPR specialists is not just because they can generate significant cash for clients within 4-6 weeks. They equally see the importance of companies getting to grips with the GDPR non-compliance once the risk has been quantified. Our partners have developed GDPR expert software which guides the client to reduce future risks of being sued.

There are no upfront fees for the GDPR Corporation Tax reclaim service so if you would value an informal chat with our GDPR specialists about your own position and would value both a cash injection and future guidance to mitigate your risk of being sued for GDPR non-compliance, call 0800 254 0344 today.